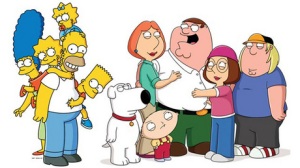 It occurred to me recently that a lot of mums who are my friends or acquaintances have similar gripes regarding the division of labour within their household. It seems to be completely commonplace for the woman to take on the lion’s share of household chores, cooking (although I know this is one area where some men prefer to be in charge – not in my house unfortunately!) and childcare. We are the ones who automatically find ourselves trying to figure out whether to go back to work after maternity, full time, part time or not at all. It seems more the exception than the rule for the man to earn less than the woman which generally means that it’s a no-brainer who drops out to pick up the childcare slack.

When the man returns home from work at the end of the day there is often an assumption, if we’ve been with the children (or at work and then with the children), we have somehow had an ‘easier’ day and therefore they are entitled to leave us to it with regards the childrens dinner time, etc.

This is nothing new and even though I’m sure there are plenty of smuggies out there who would be quick to point out that they have bagged the perfect man, cooking, cleaning and mucking in left, right and centre, I can’t help feeling that this is where we are at, moaning to each other about our partners as the children wheel and squeal around our feet at softplay before returning to our separate mini-madhouses.

The thought crossed my mind the other day that life would be so much nicer (for us women at least!) if we could abandon the traditional family unit and live together as groups of friends/families instead. It seems to stand to reason that men and women are more likely to have more in common with others of the same sex (for example, I don’t really want to listen to the football commentary on Five Live and the hubster would be in happier place without Strictly in his life).

But the main reason why this is such a great idea is the chance to be there to help each other out on a day to day basis – whether it be cooking the kids dinners, either together in a lovely sociable way, or taking turns to leave the other parent/s some quality time with the children (and stop the children from stressing out the one doing the cooking!) – or sharing out the chores, providing reciprocal babysitting and offering support when it comes to discipline.

I think it would take the pressure off everyone and probably lead to less ill feeling between couples.

If everyone pooled resources it would also lead to being able to afford a much bigger, nicer home too. It just seems like we have fallen into this society where personal property is so important to us all, and owning our own home is the ultimate goal. It would take quite a big attitude adjustment I think, especially for the men.

On a quick google search it seems like the reality of this idea is actually appealing to and working out more for single parents and I can understand why. If I became a single parent I would be totally interested in looking for a house share. For couples, its a bit more of a minefield. I think you’d have to feel 100 per cent sure that everyone likes and respects each other and be prepared to stick to some basic rules.

Right, now I’ve just got to think of a way of persuading my best friend to let me build a small house in her back garden!