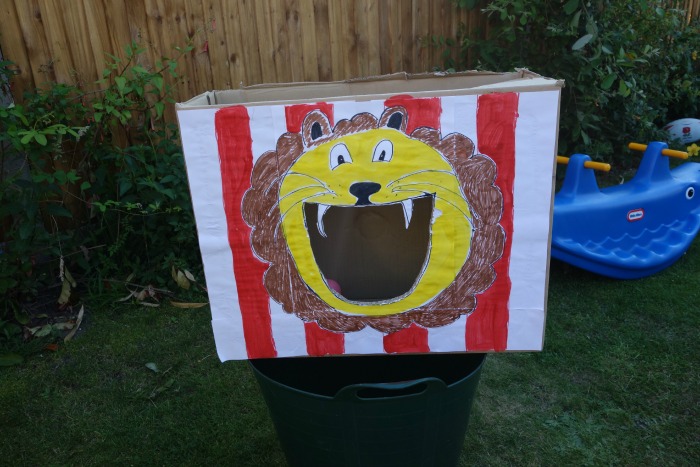 This week I wanted to design and craft a game for EJ’s upcoming circus-themed birthday party. As I’ve mentioned before I had already ruled out pass the parcel as an option – a lot of faff for about 15 minutes of paper shredding as far as I can see! I looked around for some other options to keep the kids busy and I wondered about some sort of ‘beanbag toss’ game. I noted that we had an old discarded cardboard box just about the right size and quickly decided that an open-mouthed lion would be perfect.

Unfortunately I ran out of time on my day off and was unable to get started on this whilst the children were both out, but I hate to leave anything undone on my to do list so I thought I’d just throw caution to the wind and crack on with it in their presence.

At first they weren’t really bothered (when I was cutting out paper and gluing it to the box and then pencilling in the design) but as soon as I got out the paints and brushes JJ was there, wanting to get involved.

Now, don’t get me wrong, I love that he wanted to help, but there was no way I was going to let him mess up my hard work (this kind of thing is retailing for about £18 on eBay – albeit it more professional looking and made of wood!). So I did the next best thing and squeezed out four different coloured paints, some paper, and took them all outside into the garden (thank goodness for summer!).

Of course EJ then immediately wanted to join in and, as he was already stripped down to just his disposable nappy, how could I refuse?

What happened next is probably just about standard for a four year old and one year old. They created masterpieces! And then they created havock by painting themselves from head to foot, painting the garden table and having to be grappled into the bath. 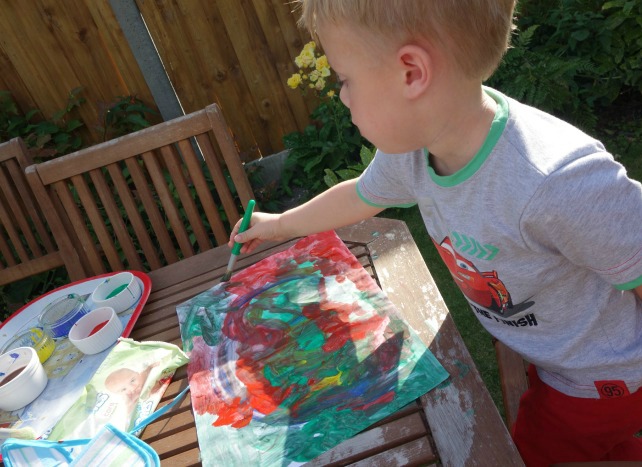 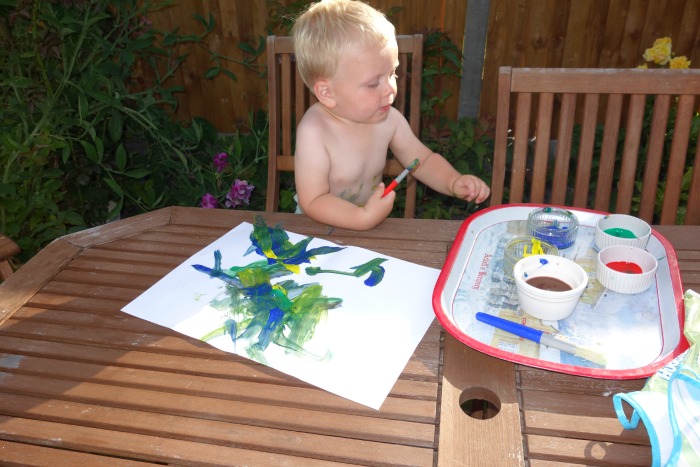 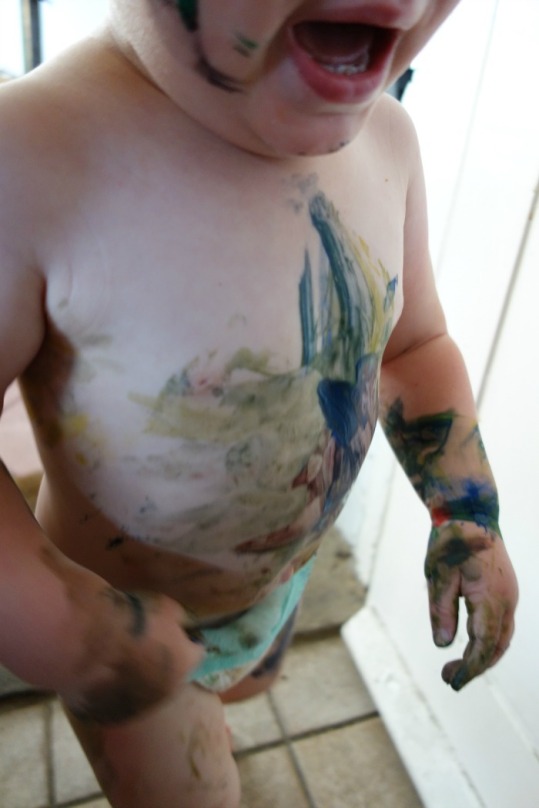 Later on, once all that remained was a slightly jaundiced pair of munchkins and EJ was tucked up in bed, JJ came down for his milk and snack and I called him back out into the garden to try out the newly completed game. I quickly realised that beanbags would not be required as the old ball pit balls we had in the shed make acceptable missiles! To be honest I wasn’t expecting the game to be massively enthralling, but how wrong was I?! JJ absolutely loved it and spent about an hour just practicing his shot! (I think he is secretly gearing up for an ‘unexpected’ win at the party!).

This little bit of creativity, both for them and for me, has been a long time coming but I’m so glad that I finally made the effort. Hopefully we will be able to do a bit more of this messy stuff before the summer is out!

18 thoughts on “Creativity in the garden”